One of the leading midsize bus manufacturers in Europe, the corporation’s main shareholders are Anadolu Group (Turkey) and Isuzu Motors and Itochu Co. (Japan). Anadolu Isuzu – is the first joint venture between Japan and Turkey.

In 1983, he signed a merger agreement with the Japanese ISUZU. And a year later, it began to work. 1984 The company signed a licensed agreement with Isuzu Motors in the production of the factory in Istanbul, Card.

Anadolu Group has 50,000 workers. It operates in 9 different industrial sectors, 19 countries, and exports its products to 60 countries.

The main areas of activity are the production and sale of small commercial vehicles and midi-class buses. Since its inception in 1984, more than 150,000 licensed Isuzu Motors have been marketed. 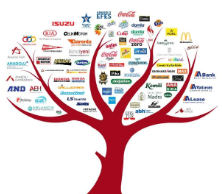 Experience and know-how gained from Celik Montaj’s era, which was founded in 1965. pick-up and motorcycle manufacturing.

After 10 years from the start of operations, in 1994, began to export midibus.

In 1999 Anadolu Isuzu moved to a new factory located at Gebze Sekerpinar, Kocaeli. The new premises are located in an area of 230,000 m2, employing about 700 people. The factory has pick-up trucks and buses.

In 2016 was launched the most advanced R & D (research and development) center. There the buses are being designed, developed and tested, for example:

The center employs more than 100 qualified professionals who have already filed for patents for 50 applications and registered 90 designs.

In terms of exports, export operations cover 30 countries, and after-sales of 172 service points. Over the past 22 years, 15,000 vehicles have been exported to more than 60 countries, 4 continents. Most of these markets are subject to European Union requirements. The company is the midi-class bus leader in Turkey since 2004. In 2012, Anadolu Isuzu has realized 81 percent of the total exports of midi-class buses from Turkey and 12 times successively Anadolu Isuzu has become the Middle East exporter. 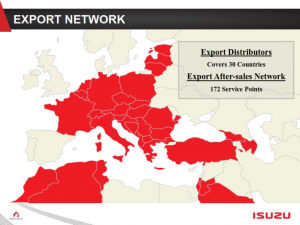